“The whole of this tract is as barren as possible. The mountain of Taygetus is a continuance of naked crags; the cultivation disappeared as we proceeded, and the coast which lay before us towards Cape Grosse, seemed more bare and savage than any we had passed…Not a tree or bug is seen…We had been very desirous of pursuing our survey of the Maina to Cape Matapan, and visiting the situation of the ancient Taenarus. We found that from Vitulo the road by land was impassable even for mules, and the country round Taenarus in so disturbed a state that none of the chiefs could undertake to conduct us thither in safety. There are, as we were told, considerable remains of an ancient city on Cape Grosso, agreeing, as far as we could ascertain the distances, with Pausanias’ description of Caenepolis. Cape Matapan, the Taenarian promontory, is south of Cape Grosso. Of the ancient cave and temples there we could get no consistent accounts. We abandoned with great reluctance our farther researches, and resolved to proceed from hence to Marathonisi [Gytheio], the modern capital of the Maina.”

Getting to the Mani peninsula before the existence of modern infrastructure was no easy feat. Even if you managed to sail close enough to land, or journeyed over the mountains to the outskirts of the peninsula, there was no guarantee that you’d be able to make your way into the interior. This is partly because the environment is so harsh and dry, but also because brigands and pirates were a very real risk. Many foreigners tried to reach Mani, but most were unsuccessful.

Below are the summaries of the few travellers who made it to Mani over the past 2,000 years,  from the middle of the 2nd century CE up until 1951. We are in the process of recreating each of their routes digitally and then retracing their steps on the ground.

Our earliest recorded journey through Mani was taken by Pausanias, a 2nd century CE Roman travel writer. His Periegesis covers much of Greece, and he wrote about Mani in the section on Lakonia in Book 3. His account mentions the following place names: Las, Hypsoi, Arainos, Asine, Pyrrichos, Teuthrone, Psamathous, Tainaron, Kainepolis, Thyrides, Hippola, Messe, and Oitylos. Of these settlements, only Tainaron, Kainepolis, and Oitylos have been conclusively identified. This, coupled with the fact that very few segments of ancient roads are preserved in this region, make reconstructing his route especially difficult. We’re pretty sure he took a boat around the peninsula for much of his journey, and we successfully recreated this portion of his adventure in summer 2019. 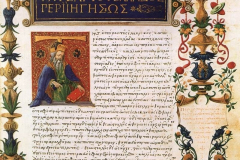 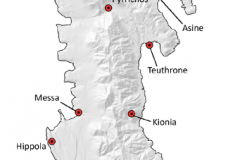 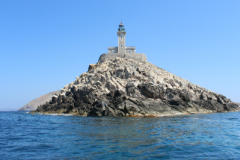 Cyriac, an Italian merchant, diplomat, and enthusiastic philhellene, travelled extensively around Italy and Greece in order to record traces of ancient material culture. On October 15th, 1447, Cyriac sailed from the Messenian port of Corone to the harbour of Oitylos on the west coast of Mani. From here he took a counter-clockwise route around the peninsula, partially on foot and partially by boat. Some of the sites he recorded include: Dri, Keria, Kainepolis, Porto Quaglio, the temple of Neptune and the cave of Hades at Tainaron, Amathea, “Colochitea” (modern Loukadika), Karopolis, and “Asine” (modern Kamares). Of note in Cyriac’s journey is the fact that he crossed over from the western to the eastern side of the peninsula on foot “by way of a valley that creates a pass between the heights of the Taygetus range.” Pictured here are the “huge brick remains of the baths and the place the populace calls, the ‘vaults’ because of some surviving arches”, in the immediate vicinity of modern Kamares. 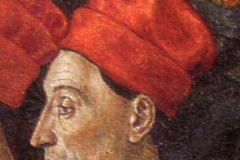 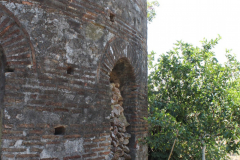 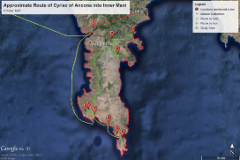 One of the most comprehensive accounts we have is that of Colonel W.M. Leake, who visited the region in 1805. Leake’s travels were on orders from the British Government, and the primary goal of his extensive journey was to create an official map of the entire Peloponnese (then called the Morea). Leake’s fascination with antiquity – and Pausanias in particular – resulted in a journey that followed Pausanias’ 1,600-year-old route and a narrative that highlighted the visible remains of classical antiquity. Leake’s account is especially useful in reconstructing his journey because he provided the times that it took for him to walk from place to place. This allowed us to factor time into our GIS analysis. We generated the most probable route for Leake’s journey in a 2019 article for Journal of Archaeological Science: Reports, and we were planning on ground truthing these results in summer 2020 (postponed due to COVID-19). 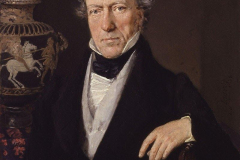 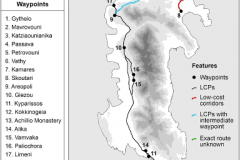 On December 27th, 1827, Henry A.V. Post sailed from Kardamyli to Limeni harbour. From there he began his journey on foot. He walked from Limeni through Areopolis, Pyrgos Dirou, and Vamvaka, but travelled only as far south as Mina/Kotsipha. Perhaps deciding to travel on one of the coldest, shortest days of the year was not the smartest decision, since Post’s account is full of hardships and obstacles: he talks of his feet being maimed by the “sharp and slippery stones” of the kalderimia, and complains that he was guided by of a group of mountain men, armed with silver-mounted pistols and rifles, with unkempt appearances and war-hardened philosophies that made him ill at ease. At one point, the group had just found shelter in an isolated tower-home in the bleak wilderness, when a violent storm descended and forced them to stay put for “three of the most dismal days that ever dawned upon ‘this nether world.’” In Post’s own words, he was “a stranger, in the hated guise of a Frank, – in a country of robbers, in the secluded retreat of a robber chieftain whom I had ill-treated, – in the midst of desperate men, whose profession was rapine and violence, and completely within their power, to deal with me as they thought fit…” 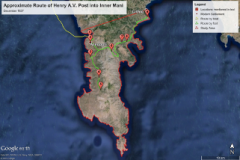 This was a French expedition directed by J.B.G. Bory de St. Vincent which served to document the geographic features, archaeological remains, and botanic and faunal specimens of the Peloponnese. At least two separate journeys were made into Mani for this project: one which appeared in the geographical volume, led by M.E. Puillon Boblaye; and one which appeared in the volume on architecture and archaeology, led by Albert Blouet. The Expédition recorded several sites through Mani, including the castle of Passava, Ageranos, Pyrrichos, Kotronas, Kionia, Cape Tainaron, Kainepolis, Mezapos, Nomia, Mina, and Oitylo. Most notably, in terms of progressing further into the hinterland of the Maniate landscape, this trip is the first known instance in which foreigners travelled to the extremely remote site of Kionia on the eastern side of the peninsula.

Henry Herbert, the third Earl of Carnarvon, journeyed to Mani in 1839 and travelled a similar route to both Leake and Post. He headed from Gytheio to Areopolis, and then south to Kitta and Porto Quagio, and back again to Areopolis, finally sailing out of Limeni. Herbert’s account is significantly shorter and less detailed than Leake’s, but we do know that his team also relied on mules for the difficult journey. Herbert blamed the poor quality of the soil on the infamous ruthless and hostile reputation of the Inner Maniates, and summarized his experience as such: “The population was poor, the soil was sterile, the plains were few, the mountains were many and difficult.” 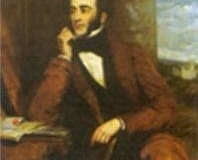 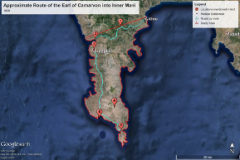 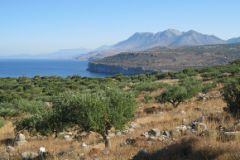 On July 7th, 1951, Paddy and Joan sailed from Kardamyli to Limeni and spent the next 9 days exploring the lower Mani peninsula. Their trip took place only a few years prior to the construction of the modern road system that cut through Mani and obliterated many of the footpaths and kalderimia. Because of that, their journey represents one of the last “pre-road” trips documented by a foreign traveller, and it is the latest, chronologically speaking, of the CARTography Project’s case studies. Paddy published a book about their travels, Mani, in 1958. Shortly thereafter, the couple moved to the village of Kardamyli and built a house where they lived until Paddy’s death in 2011. Using the physical remains of the paths they took as our guide, we successfully recreated the Leigh Fermor’s journey in June 2019. The experience of retracing a route that was undertaken only 70 years ago – and with all the benefits of ample handwritten notes and photographs – allowed us to truly understand the way in which the landscape has transformed from the mid-20th to the early 21st century. The complete results of the 2019 fieldwork season will be available soon. 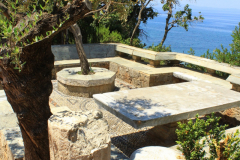 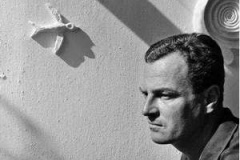 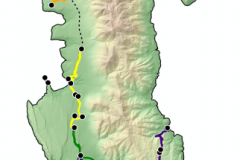